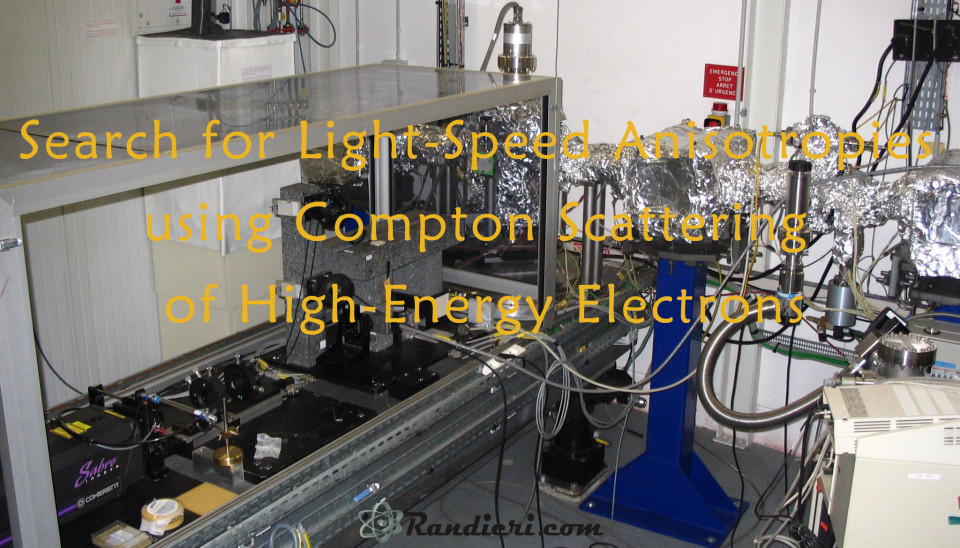 Based on the high sensitivity of Compton scattering off ultra relativistic electrons, the possibility of anisotropies in the speed of light is investigated. The result discussed in this contribution is based on the γ-ray beam of the ESRF’s GRAAL facility (Grenoble, France) and the search for sidereal variations in the energy of the Compton-edge photons. The absence of oscillations yields the two-sided limit of 1.6 × 10-14 at 95% confidence level on a combination of photon and electron coefficients of the minimal Standard-Model Extension (mSME). This new constraint provides an improvement over previous bounds by one order of magnitude.

The book contains the proceedings of the Fourth Meeting on CPT and Lorentz Symmetry, held at Indiana University in Bloomington on August 8-11, 2007. The Meeting focused on experimental tests of these fundamental symmetries and on important theoretical issues, including scenarios for possible relativity violations.hadronic physics and QCD, electroweak interaction, symmetries, and nuclear astrophysics.

(English) New results for π and η photoproduction at the Graal facility from threshold to 1.1 GeV 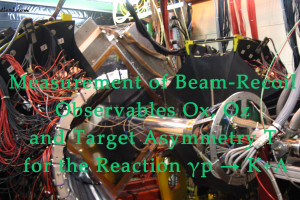 This website uses cookies to improve your experience while you navigate through the website. Out of these, the cookies that are categorized as necessary are stored on your browser as they are essential for the working of basic functionalities of the website. We also use third-party cookies that help us analyze and understand how you use this website. These cookies will be stored in your browser only with your consent. You also have the option to opt-out of these cookies. But opting out of some of these cookies may affect your browsing experience.
Necessary Sempre abilitato
Necessary cookies are absolutely essential for the website to function properly. This category only includes cookies that ensures basic functionalities and security features of the website. These cookies do not store any personal information.
Non-necessary
Any cookies that may not be particularly necessary for the website to function and is used specifically to collect user personal data via analytics, ads, other embedded contents are termed as non-necessary cookies. It is mandatory to procure user consent prior to running these cookies on your website.
ACCETTA E SALVA
Caricamento commenti...
%d blogger hanno fatto clic su Mi Piace per questo: